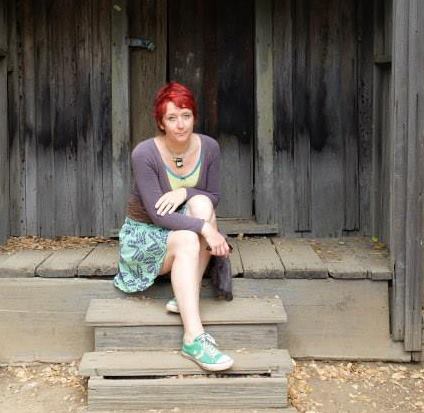 I’ve been invited by my friend and fellow writer, Judith Heneghan to join in with the ‘Writing Process’ blog tour. Judith wrote about her own writing process here last week. She has written children’s fiction, including the wonderful Stonecipher and is now squeezing in time to write adult fiction in between being the Director of the University of Winchester Writers’ Festival and leading the University of Winchester’s Writing for Children MA.

So, onto my own answers.

What am I working on?

I’ve just finished working with my UK copy editor on my debut novel, Our Endless Numbered Days, which Fig Tree (an imprint of Penguin) will publish in March 2015. Even though I can only just say ‘my book will be published in less than a year’, it does seem a long wait. I’ll be working with my US editor from Tin House in the coming weeks on any changes they want to make to the text.

The novel is about Peggy Hillcoat who, aged 17 has arrived back in her mother’s house in London after nine years’ absence. In 1976 Peggy is taken by her father, James to a cabin in a remote German forest, where they survive on the shared love of piano music, as well as the odd squirrel and rabbit. It’s a story about the personal resources Peggy uses to survive and make it home.

If you’re interested in reading Our Endless Numbered Days when it comes out, and you’re on Goodreads, you can add it to your ‘To Read’ list here.

Of course, I’m trying to make good use of my waiting time by writing my second book. However, I’m probably spending 75% of my available writing time thinking, rather than writing, and another 20% worrying about how little I’m writing. I only started keeping a writing diary around the time I first submitted to agents, and now I can’t remember how I felt about this early creative stage. Hopefully it was just as unplanned and chaotic the first time around.

How does my work differ from others of its genre?

I think Our Endless Numbered Days will be marketed as commercial literary fiction, if such a genre exists. I’m not sure how to answer this question; except perhaps to turn it on its head and list some books that have influenced the writing of my book. In top position would be We have Always Lived in the Castle by Shirley Jackson. Certainly the protagonist, Merricat, was a big influence on the development of Peggy. Next would be This Life Is in Your Hands: One Dream, Sixty Acres, and a Family Undone by Melissa Coleman – a moving account of a family’s self-sufficiency in 1970s America. And Angle of Repose by Wallace Stegner for the descriptions of landscape.

Why do I write what I do?

This is an easy question. I write about things that interest me. Whether that’s big themes like the parts of life that are never explained, through to location, books, music and right down to being able to give characters the close second-choice names I had for my children.

How does my writing process work?

I just start writing without a plan of what will happen, and then after a while the lack of a plan starts to worry and hinder me, and I might sketch out the ending, without knowing the middle. Then I write a bit more, going back to lightly edit what I wrote the day before, and sketch out the plan a little further.

This time, with my second book, it feels more muddled because there are more characters, more alternative points of view; more to worry about.

Next week I’m passing the blog tour baton to Sophia Tobin, whose debut novel, The Silversmith’s Wife has just been released by Simon & Schuster. This intricate historical thriller, about the murder of a silversmith and his wife’s secrets, is at the very top of my ‘to be read’ list.