“Our Endless Numbered Days” by Claire Fuller asks: What’s worse, a mother’s absence or a father’s lies?
Last year’s newest translation of the unexpurgated first edition of “The Original Folk and Fairy Tales of the Brothers Grimm” gave many English readers their first glimpse of the German folk tales with all their original bloodlust and perversity intact. Reading once-familiar stories now populated with as many incestuous fathers and cannibalistic mothers as wolves and witches, one can’t help but wonder who would spin such grisly yarns for children.

Spend nine years in the wilderness with the young heroine of Claire Fuller’s debut novel, “Our Endless Numbered Days,” and you might get an inkling. Abducted by her father after marital earthquakes she’s too young to understand, 8-year-old Peggy Hillcoat trudges obediently after him into a primeval forest and spends the next nine years growing up with him in “die Hütte,” an isolated cabin right out of a fairy tale. A devotee of ’70s survivalist movements, her father structures their lives in the woods with his paranoid philosophy, insisting that an apocalypse has destroyed everything — and everyone — in the world outside their forest. As the two regress further and further into primitivism, subsisting on squirrels, roots and berries, growing matted hair, and even dressing in half-cured skins, Peggy transforms into “Punzel” — short for Rapunzel — staving off the worst trauma with a fantasy life so close to reality as to look almost seamless. Thornier truths nevertheless prick through like poisoned spindles or the great, big teeth of wolves.

Peggy/Punzel is a revelation almost on the order of Emma Donoghue’s child-narrator in “Room.” Narrating her years in die Hütte in a series of flashbacks interspersed with present-day chapters in which she struggles to reintegrate into modern life, she is at once unsentimental and dreamily descriptive, authoritative and painfully stunted. Fuller, a sculptor who worked in marketing for many years before beginning her writing career at 40 by reading her short stories aloud at her local library, has a vivid imagination for the uneasy boundaries between the natural and the man-made. She bends language as easily as willow twigs: “I imagined the blackberry’s tendrils continuing their reconnoitre of the upper terraces of the garden and reaching the house, crawling on their bellies — army-style — under the doors. The ivy which grew up the exterior wall would ease itself inside and spread like a green rash across the ceilings. And the bay tree, standing in the front garden, would stretch long, tenacious root-fingers into the sitting room, lifting and buckling the parquet.”

This is a book with no reliable narrators, only storytellers. Peggy’s mother Ute, a famous German concert pianist too wrapped up in her own problems to teach her daughter either German or piano, much less ward off disaster when it comes, is not without her own prevarications. Adults and children spin fantasies for their own survival, as when little Peggy projects emotions she can’t process onto her doll, Phyllis: “At odd times I would remember with a jolt that Ute was dead, and Phyllis and I would crawl inside the tent to cuddle, until she stopped crying.” Even inanimate objects are capable of distorting the truth: “Saplings sprouted unchecked against the walls, so it appeared as if die Hütte, ashamed of its disheveled appearance, was trying, and failing, to hide behind them. I half expected a trail of breadcrumbs to lead off into the trees that pressed in from both sides.”

No reader who follows Fuller’s own breadcrumb trail will be surprised by the book’s biggest twist; when a character appears who’s a dead ringer for the frontman of Iron & Wine, the band whose melancholic album “Our Endless Numbered Days” inspired the book’s title. It’s a bit of a giveaway. Still, starting with the line, “The holiday my father had promised wasn’t a holiday,” the book is almost impossible to put down. Fuller weaves a hypnotic intensity of detail into her narrative that gives every lie the feel of truth, like the soundless piano with weighted keys that Peggy’s father painstakingly crafts out of a plank pried loose from the cabin wall. She and her father sing the notes as she plays the silent instrument, reading from a piece of Ute’s old sheet music. It’s an elegant metaphor for the book’s heartbreaking central question: What’s worse — a mother’s absence or a father’s lies?

Offering no easy answers, Fuller’s debut at least does away once and for all with a certain kind of libertarian romance. Even as Peggy and her father play out a young-adult survival narrative that rivals those of Gary Paulsen and Laura Ingalls Wilder for richness and detail, their teeth rot away, their bellies shrivel and their calorie-starved minds twist into atavistic shapes. As the principles of civilization designed to protect the weak — primarily women and children — fall away, primitivism looks ever more hostile to any life worthy of the name, and the consequences of a radically individualist worldview downright cataclysmic. Under those circumstances, wolves might be the least of one’s worries. Now that’s grim.
Amy Gentry is a writer living in Austin, Texas. She has a doctorate degree in English and writes a weekly style column called The Good Eye.

4 thoughts on “Chicago Tribune review of Our Endless Numbered Days” 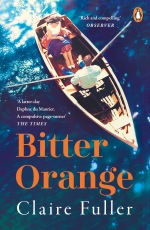 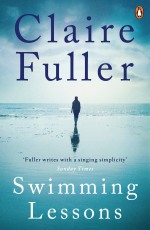 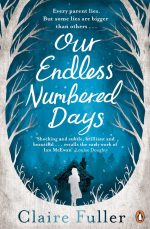