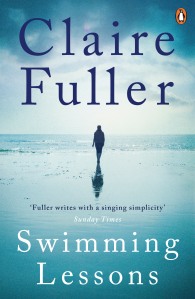 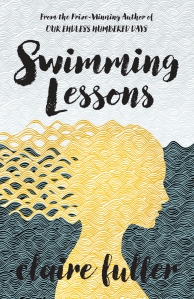 US hardback and Canadian cover 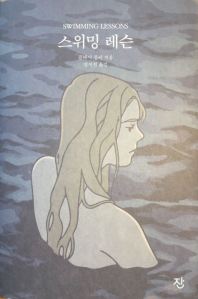 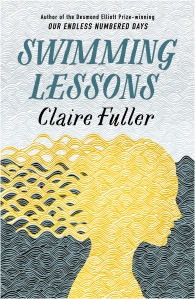 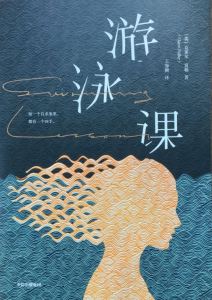 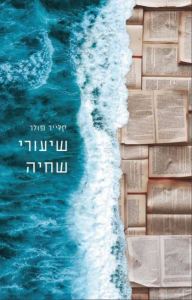 My second novel, Swimming Lessons is published by Fig Tree / Penguin in the UK and Commonwealth, by Tin House in the USA, House of Anansi in Canada, Piper in Germany (where it is called Eine englische Ehe, which translates to An English Marriage), Świat Książki in Poland, Editions Stock in France, Fiftyonek (Zhan Publishing) in Korea, Citic Press in China, and Keter in Israel. It is also available as an audio book from Audible.

Swimming Lessons was shortlisted for the Encore Award for second novels, shortlisted for the Livre de Poche Prix des Lecteurs in France, was picked by Book of the Month (a US subscription service) for one of their books for December 2017, and was selected by You Magazine for their February 2018 book club.

If you’ve chosen Swimming Lessons to read in your book club, get in touch, and I can send you some book club questions to get your discussion started.

“[Fuller’s] stories are thrilling, transporting, delicately realised and held together by a sophisticated sense of suspense.” The Times review of Swimming Lessons.

“[Swimming Lessons] has all the observational touches that show Fuller to be a serious novelist with an acute awareness of the nuances and patterns of human speech and behaviour.” Louise Doughty’s review of Swimming Lessons in The Guardian.

Swimming Lessons tells the story of Ingrid Coleman who writes letters to her husband, Gil about the truth of their marriage, but decides not to send them. Instead she hides them within the thousands of books her husband collects. After she writes her final letter, Ingrid disappears from an English beach. Twelve years later, her adult daughter, Flora comes home after Gil says he has spotted Ingrid through a bookshop window. Flora, who has existed in a limbo of hope and grief, imagination and fact, wants answers, but doesn’t realise that what she’s looking for is hidden in the books that surround her.

Buy a copy of Swimming Lessons

Click to read some more reviews of Swimming Lessons