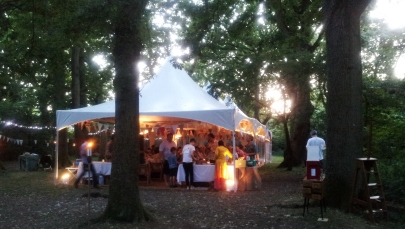 Read the first part: how I got an agent.

Read the second part: the auction.

Woke up at 4.30am again and couldn’t get back to sleep. Came downstairs at 6.30am and logged on to see an email from Jane [my agent at Lutyens & Rubinstein] from last night with an update to the three bids. It feels like they’re talking about some other book and they’ve got me muddled up with someone else. Surely they’ll realise soon.

Another sleepless night. The bags under my eyes are enormous.

Yesterday the book sold in Italy. A publisher in Canada also said they would be making an offer, and they asked whether I would be willing to travel! Odd, odd, odd. Exciting. Is this really me and my book?

I have an itch to start writing, but what?

Fig Tree/Penguin meeting with Juliet Annan. Jane and I were shown into a meeting room with sofas. We talked a lot about OEND (Our Endless Numbered Days) and she said things similar to A [a previous meeting with an editor from a different publisher] – it was like a book group – everyone sitting around saying ‘oh this!’ and ‘this!’ except it was my book. Weird. Juliet said everyone had read it, even the 16 year old work experience girl. She said she had complete control over what she chooses and she chooses things she likes. She thinks OEND will fit into a slot in early 2015! So long away.
I met Amelia and Joanna, who talked about marketing and audience. Juliet talked about editing and asked me how I came to write OEND. The conversation was all very natural and down to earth, and I was really drawn to that. From beside the sofa Juliet produced a Penguin bag with lots of books in it, which I was ridiculously excited about.
On the pavement outside before we said goodbye Jane said that the final offers would come in on Monday. That’s good because then I won’t be thinking about it over the weekend. I’ll be thinking about getting married!

What do I write about first? I’m sitting on the bed and as I type I can see my finger with my wedding ring on it out of the corner of my eye; it makes me want to type differently.

Today Tim and I went back to the site [we hired a woodland campsite for the wedding] with Anne, to wait for the people to pick up the generator. I knew that the end of the auction was happening today, but Jane hadn’t told me what time, so the three of us were packed into the car with the last of the left-over food, camping stuff and empty bottles, and I was sitting in the back with a bin-liner of rubbish on my lap when Jane phoned. The final offers had come in. Jane told me to go away and think about it for a while. Ten minutes later I decided: I wanted a penguin (and a fig leaf) on the spine of my book.

The French auction came to a close today – three way. I ordered Jane some flowers, and Tim and I danced around the kitchen: 8 countries – UK and Commonwealth, Canada (sold separately), France, Italy, the Netherlands, Turkey, Israel, Taiwan (Taiwan!) [The sale of the book to Tin House in the United States came a couple of months later.] Wow!

Our Endless Numbered Days will be published in the UK and commonwealth, US, Canada, France, Italy, The Netherlands, Taiwan, Israel and Turkey. It is available to pre-order now: