In my first novel, Our Endless Numbered Days, a father takes his daughter to a European forest and after a terrible storm he tells her the rest of the world has disappeared and they are the only two people left on earth. She believes him. I like to think it’s almost what you could call a post-apocalyptic novel, or end-of-the-world fiction, or the term I like best: postapocalit.

Sometimes it’s a devastating disease, or a human-made environmental disaster, a natural catastrophe, or nuclear war that ends the world as we know it. Whichever event changes everything, the ‘rules’ seem to be that very few people are left to struggle for survival in a radically altered world.

When I was growing up in the 1970s I was allowed to stay up late (like Peggy in Our Endless Numbered Days) to watch the television series, Survivors about a group of people in Britain who have survived a plague. It gave me nightmares, but I loved it. And I’ve loved postapocalit and films ever since.

When I was writing Our Endless Numbered Days, I read or re-read as much postapocalit as I could find. (I also read a lot of survival fiction and non-fiction, and these lists will hopefully feature in future posts.) I read so much of it, that again I had recurring postapocalit dreams that didn’t go away until I finished writing.

Here’s a list of my favourite end-of-the-world novels. If you have any others you’d recommend I read, please do let me know in the comments.

The Road by Cormac McCarthy

A classic and near-perfect postapocalit story. An un-named man and his son set out to

walk to the sea a few years after a terrible environmental apocalypse. The people they meet and the things they suffer are truly horrifying, but the novel is so sparsely and wonderfully written, with just the right amount of hope at the end, that this is one I can read again and again.

The Dog Stars by Peter Heller

After a flu-pandemic that has wiped out most humans, including, in a round-about way his 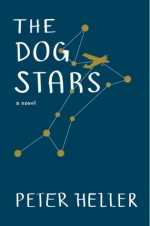 wife, Hig lives with his dog Jasper in an aeroplane hanger, with Bangley – a survivalist type – also living nearby. Hig flies his plane on regular recces of the local area to collect supplies, and one day, deciding to go a different way, spots something on the ground that changes everything. This was Heller’s debut, and I’d really recommend it for those who don’t like their postapocalit too frightening.

This novel is almost as disturbing as The Road. The people of a city all go blind at the

same time for an unspecified reason. The illness is infectious, and the army, unable to cope with the numbers of people affected, houses a large group in an asylum. Apart from infrequent food deliveries they are left to cope by themselves. The place soon becomes unhygienic and factions develop until the men’s ward controls the food and only supplies it to others in return for sex. A few women fight back and those who are left alive make it out into the devastated city. The story makes me think of an adult Lord of the Flies with the quick decent into anarchy and certain individuals gaining the upper hand and ruling the rest. 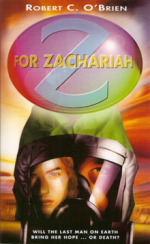 American valley. She manages alone until one day she sees Loomis who has stumbled upon the valley after walking through the radiation zone in his radiation-proof suit. The novel revolves around the relationship of these last two people and who controls the food and the resources, and therefore the other. O’Brien died before he’d completed it, and the novel was finished by his wife and daughter and published posthumously.

Oryx and Crake by Margaret Atwood

This is the first novel in Margaret Atwood’s MadAddam trilogy, and in my opinion by far

the best. Jimmy (or the Snowman) lives on the shores of a devastated land. Far out at sea he can spy the tops of skyscrapers submerged by water. On the beach he observes a tribe of Crakers, an odd race with peculiar practices. Gradually, through flashbacks, the story of how Jimmy came to the beach and what apocalyptic event took place is revealed. Complex and intriguing and highly recommended.

Then by Julie Myerson

Set in a post-apocalyptic London, an unnamed woman is living in an abandoned office

block with a few other individuals. The present-day story of survival is interspersed with flashes of the woman’s memories of a previous ‘normal’ life. The mystery is what happened before, and although the devastated London and her survival is gripping, it’s not the crux of this novel. I love Myerson’s writing, and this is a winner.

The Ship by Antonia Honeywell

Disclaimer – Antonia is a friend of mine. In another post-apocalyptic London, sixteen-

year-old Lalla lives with her mother and father in a safe and secure flat, trying to make sense of the dispossessed who live on the streets and in the rooms of the British Museum. But Lalla’s father has equipped a ship for a chosen 500 people, and when they set sail, Lalla rebels against her father’s control. What I’ve always wanted to know is how soon will the ship and its inhabitants become like those poor and desperate people left behind in the British Museum.

Finally, a little shout for The Day of the Triffids by John Wyndham; On the Beach by Nevil Shute; Alas, Babylon, by Pat Frank, and Station Eleven by Emily St. John Mandel, all of which I’ve also read and enjoyed, but didn’t quite make it onto my list.

What postapocalit would you recommend?

Take a look at my Reading List for Haunted-House Novels.

Buy a copy of Our Endless Numbered Days.

My latest novel is Bitter Orange, find out about it here.