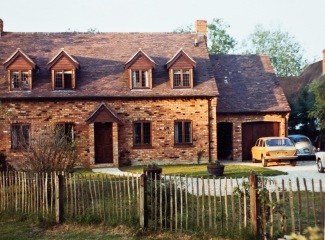 I don’t speak or read any Japanese but I recently came across this Japanese term: mono no aware. There is no direct translation into English, but as far as I can understand, it means a sadness or sensitivity at the impermanent, transient nature of things or life.

As part of the publicity for the UK release of my novel Bitter Orange, I was asked to write a piece for The Guardian to go in their ‘Made in’ section. This short article is written each week by a different author about the place that influenced them the most when growing up. 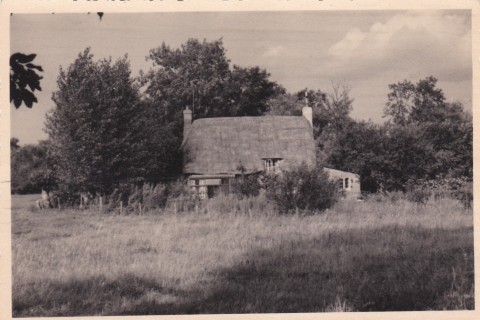 Mine was about the freedom I had as a child to roam the countryside around Sydenham – the small Oxfordshire village where I was born and spent the first ten years of my life. My father renovated a cottage in that village, and then built a house next door which we moved into. For six months while the build was going on we lived in a static caravan onsite and I played amongst the house’s foundations and helped my dad stack bricks. We sold the house in 1977 when my parents divorced.

The article was published in The Guardian on 4th August and you can read it here.

A day or so after it was published online I looked at the comments under the article. The first one said, ‘Claire, we live in the house your family built. You’re welcome to come and visit any time’. And then I got a message on Twitter from a man called Mark, saying the same thing. Via a series of direct messages on Twitter we established that Mark’s parents had bought the house from my family, and many years later he bought it from his mother.

A couple of weeks ago me, my husband, and my eighty-year-old father went back to visit the house for the first time in forty-one years.

I was excited to be visiting, but also worried about feelings that I couldn’t quite pin down: a kind of sadness at all the time that had passed since we lived there, a nostalgia for my childhood, but also happiness to be able to go back. All those feelings were still there when we arrived, but Mark, his wife, Emily, his mother (who is Japanese*), and his children made us very welcome. We were shown around the house, looking at what was different (a much improved kitchen and family room), and what was the same (the open-tread stairs, the wrought-iron fire screens and door handles, and the bedrooms). Mark’s neighbour also invited us into the cottage next door, and I was shocked at how tiny the rooms were when I remembered them as being huge. My dad, also clearly moved, told us about the minor injuries he sustained while digging damp-proof courses, and an indoor bathroom.

But the nicest part of the visit for me was standing with Mark in his son’s bedroom, which had been Mark’s, and before that had been mine. We looked out through the high window at the back garden and I had a lovely moment of mono no aware at the thought that all three of us had been (or were) children in that room, looking out the window at the garden, and that at some point in the future another child, possibly still unborn, would gaze out through that window too.

*Apologies to Mark’s mother if my translation of mono no aware isn’t exactly correct.