Amanda Oosthuizen has interviewed me about Our Endless Numbered Days, as part of an arts and literature project that is happening in Winchester, Hampshire, at the moment. 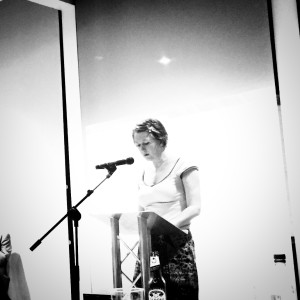 Claire Fuller’s debut novel, Our Endless Numbered Days is published by Fig Tree / Penguin in the UK and won the 2015 Desmond Elliott prize. Claire is also an expert writer of flash fiction. For 10 Days 2015 she has written ‘Chalk Mountains’ which can be viewed at Winchester’s Discovery Centre which will also host a not to be missed conversation between Claire and poet, Nick MacKinnon, on 29th October 7-9pm. Details below.

Thank you, Claire, for taking the time to talk about Our Endless Numbered Days.

Here is the tantalising beginning:

This morning I found a black-and-white photograph of my father at the back of the bureau drawer. He didn’t look like a liar. My mother, Ute, had removed the other pictures of him from the albums she kept on the bottom shelf of the bookcase, and shuffled around all the…

Can’t remember when I last saw her. Three months ago? Four? You know what it’s like in these old apartment buildings, you give a nod to a neighbour by the mailboxes, but tenants come and go all the time. Mrs Whitelaw, that was it. No, I never did learn her first name. I heard though that they had to break the door down. And d’you know what they discovered? Chalk. The whole apartment was full of those little lumps you can pick up from the park flowerbeds. Mountains of chalk in every room.

Mrs Whitelaw? No, she was never found.

This is a 100-word story for the Friday Fictioneers hosted by Rochelle Wisoff-Fields. Click here to read some more inspired by the picture (also this week provided by Rochelle) or here to join in and write your own.

If you’re so inclined it would be lovely if you would vote for my novel, Our Endless Numbered Days in the Edinburgh First novel award, and you’ll have a chance of winning a copy of all 56 novels nominated. (Scroll to the bottom of the page.)